Different assessment systems and levels
Level and classes are not about how many times/hours you have played, it is about how you handle the game and how good you are.

Be humble and understand that someone who played 5h can play just as well and be on the same level as someone who played 50h. Some may be extremely good technically but due to a knee injury can not move 100% and then it is unfortunately not possible to reach a certain level, as the next level requires faster mobility. In Andalusia we have categories 1-5 where 1 is elite and 5 are beginners, in other parts of Spain they have the same system but there are 5 elite and 1 beginner.

The system thus differs depending on where you play. In Nerja Padel, you are judged by your game on the court, just like in all sports. About 100 players in Nerja Padel Club belong to "c-level", which is "average" in this group, a lower average compared to the Spanish local club that I am a member of.

I was for a couple of years at level 4 (c-class) in Nerja, it is a very wide group, the largest in Spain, and most players never leave it.
The highest level-4-player can win against the lowest level-4-player with 6-0 6-0 without any problems, the differences are so big, so it takes a long time and usually a lot of training to reach category 3 (b-level).

Nerja Padel's differences in levels are explained below, it is a finger pointing and not carved in stone, they can be used when you communicate and advertise for players in the group. I make an assessment on the first and latest lesson (viewable in a few minutes) based on my knowledge and experience in the sport. Since I'm also the only one who's seen you all play, I know the group's average, and what really is "average player" in this group.

It is important to be humble with the levels and focus on having fun instead of on your "level", it is a sport, but for most people no more than a fun exercise. And talking levels is not something that a Spaniard does, but you show off your skills on the track instead
"menos hablar y mas jugar".

Below are my personal descriptions that I use as guidelines within Nerja Padel.
(The players in the photos are not connected directly to the described levels) 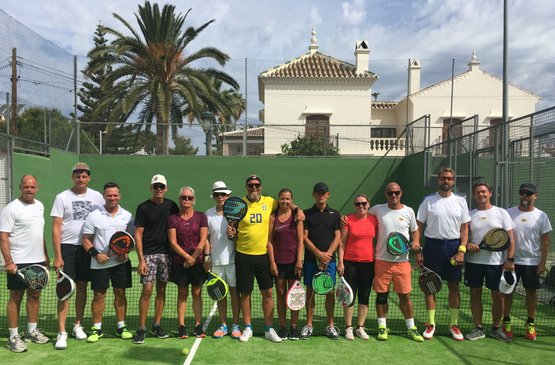 Exerciser (D in the group, 5 in Nerja) 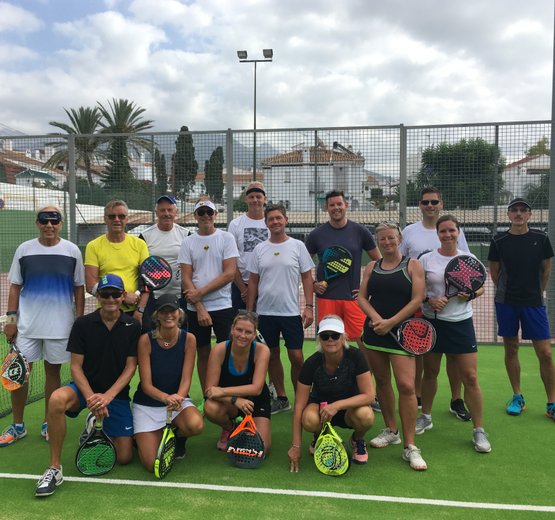 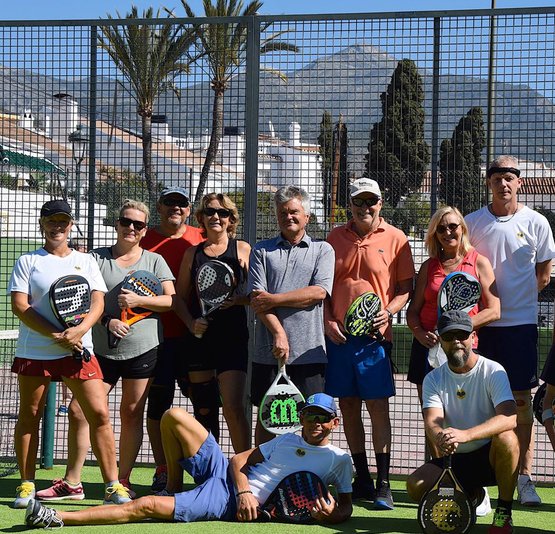 Beginner (E in the group, 5 in Nerja) 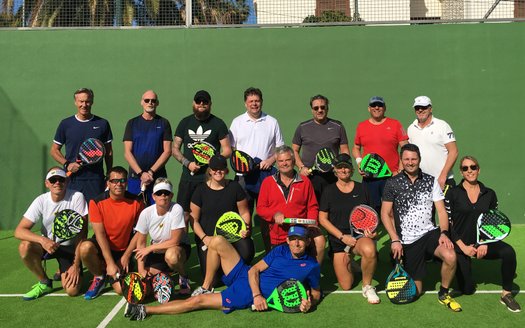 Leisure player (C in the group, 4 in Nerja) 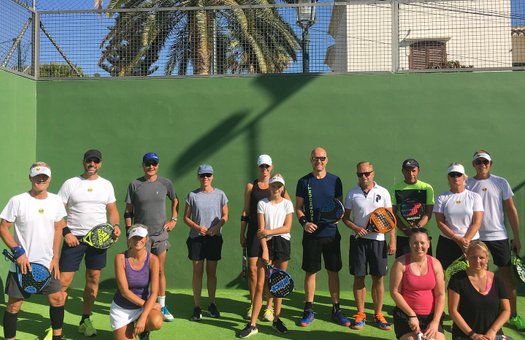